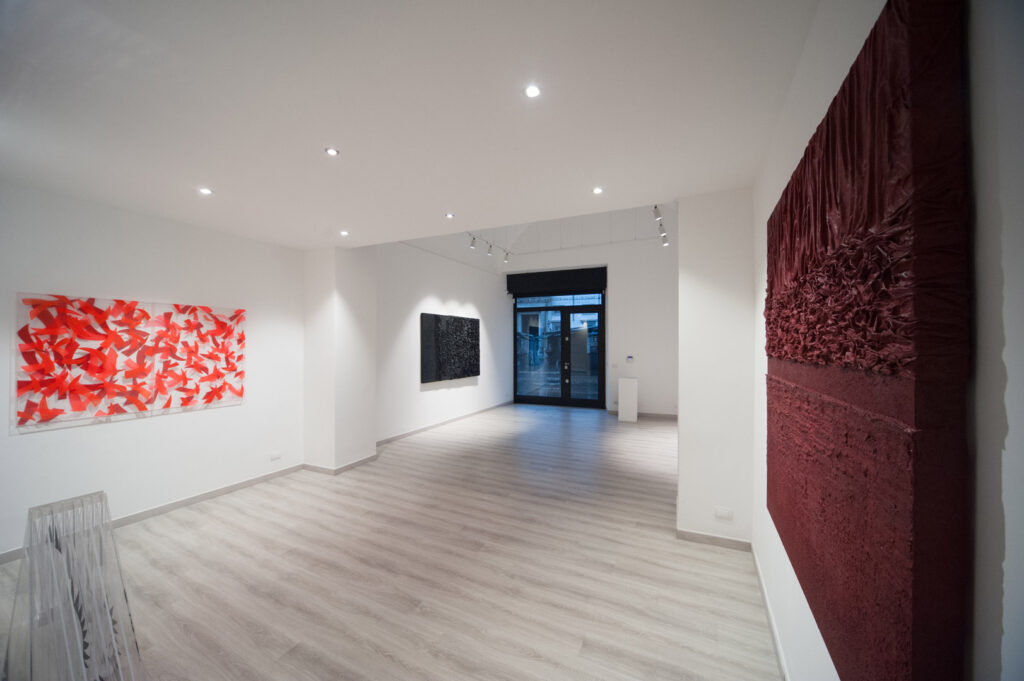 Mucciaccia Contemporary is pleased to present EMOTIVA, the double solo show by Brigita Huemer and Angelica Romeo. 20 selected works, recently produced, created especially for this occasion. Two independent artistic research, marked by the vitality of the sign for the first, of the gesture for the second. Yet, at the same time, two coincidental researches in the use of the pictorial medium, marked by Brigita Huemer in a dense network of signs that escape from one surface of Plexiglas to another like a chaotic dance. Instead, kneaded on the canvas by Angelica Romeo into backgrounds color moist, changing as contaminated by layers of cloth fragments, for the unfathomed to identify its aesthetic, expressive qualities which they possess.

The exhibition, curated by Cesare Biasini Selvaggi, will be inaugurated on Tuesday 8 May 2018 at 6.30 pm and accompanied by a catalogue published by Carlo Cambi Editore, with a text by the curator himself.

The birth of psychoanalysis, thanks to Sigmund Freud, revolutionized the concept of human interiority in the Twentieth Century: first, the articulation of the psyche was based on reason-feeling dualism, it was then moved to the consciousness-unconscious duality. The unconscious is that part of our psyche in which hidden thoughts and emotions are placed, which, without the individual being aware of it, interact with his consciousness, orient or influence his preferences, motivations and existential choices. Having identified this new territory of the human soul has opened up remarkable possibilities for contemporary art. Both artists in this exhibition draw from it.

Brigita Huemer (Linz, 1972) has a signature style that is recognizable in the repetition of modular geometrical shapes, that have been programmatically established, through the rhythmic passage from monochromy, to the choice of fundamental colors, up to the complementary ones, always in the interpenetration of the chromatic backgrounds and, therefore, in their reciprocal influence, expressing the optical sensation of dynamism. It is the reconciliation of being and becoming, of fixed and fluid matter, of solidity and metamorphosis. It is the dichotomy between masculine and feminine, between artifice and nature, between Eros and Thanatos. It is therefore never a monotonous and mechanical repetition of itself because each of these variations, in a cause effect relationship, generates a total displacement of all the internal equilibriums of the pictorial composition. In the quest for a widespread and “total” sensory involvement amplified by the changing plexiglass surfaces chosen as support.

If a precise distinction between matter and sign still exists, that between sign and gesture, however, becomes far more labile, the boundary of which must be conceptually identified more in the operative motivations than in the result. Having always prone to an impetuous dynamism that makes matter and color the functional elements to the unconditional yielding to a personal expressiveness, Angelica Romeo (Rome, 1970), for example, can appear strongly gestural. Yet her intention is still to achieve with the sign a result which is in the end, formal, however new it may be. The Roman artist presents a style in which the apparent randomness of the gesture and its physical presence that acts over time on the canvas have a creative and characterizing function. The formal outcome is a polymateric rhabdomantic (acrylics, fabric inserts, mixed techniques) of a fundamentally abstract nature, albeit with the echo of a naturalistic inspiration through the scarring roughness with which the painter furrows the epidermis on the canvas. Like imitating that of a clod of irregular and friable earth, which preserves the memory of its past among the cracks of a surface burnt by the sun. 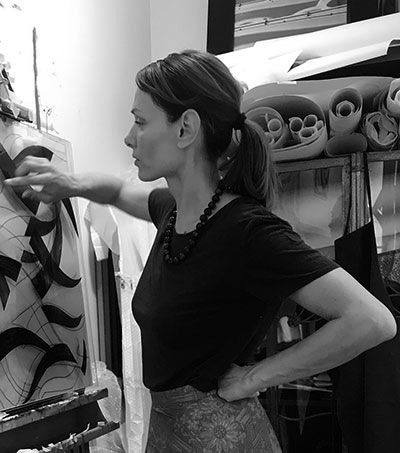 Brigita Huemer
The works of Brigita Huemer have their signature style in the repetition of modular geometrical shapes, programmatically established by the rhythmic passage from monochrome. They are never a monotonous and mechanical repetition of themselves because each of these variations, in a cause and effect relationship, generates a total shift of all the internal equilibriums of the pictorial composition.[…]

Angelica Romeo
Her stylistic signature is the formal outcome of a multi-material rhabdomantic abstract-brand, with the echo of a naturalistic inspiration. Her intent is to achieve a formal result with the sign, whose style presents an apparent casualness of the gesture and its physical presence acts over time on the canvas in order to have a creative and characterizing function.[…]